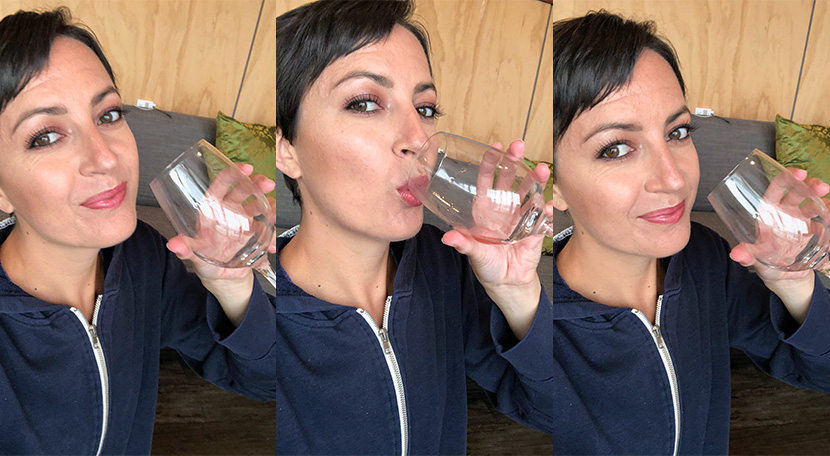 It’s the start of February. That means I haven’t drunk any alcohol for a month.

The only reason I wasn’t drinking is that I finally started listening to my body and realised that the reflux I’m getting from mixing my medication with wine is really uncomfortable and I’m not sure why I’m doing it.

The idea was to stop for January, see how I felt without the reflux and see if helps the symptoms of my bowel disease also ease up a bit. Then in February, go back to drinking as usual (but maybe less to avoid the reflux).

But I’ve had another thought… why do I drink. Like, really, why?

How important is it that I start again this month? What would happen if I stopped for, say, a year?

So I’ve explored these questions by making a pie graph:

The reasons I drink that I can think of right now Judging by this super scientific graph, I’d say that about three quarters are unhealthy coping mechanisms, socialisation, and generally “winding down”. Only the final quarter is really of my own inclination, purely because I actually like it.

During January I’d say I had zero days that I actually NEEDED booze to wind down, and my unhealthy coping mechanisms are were channelled into blogging and ranting on Facebook.

In fact, the only time I felt I wanted to drink was to fit in with social gatherings. Partially cos the beer looked delicious, but mostly cos 1. everyone else was doing it (what do I do with my hands?!) and 2. cos the more they drank, the more annoying they were and I sort of wanted to be annoying with them?

I do genuinely like beer. To the point it’s basically been a hobby – brewing it myself now and then, following trends, trying all the new brews in my local craft beer bars. And generally being a craft beer snob cos it’s damn delicious.

However, I can’t help but feel that in general, my drinking is more to do with the NZ drinking culture and my own personal way to dull difficult feelings and the craft beer snob is only a small part of the reason I drink.

So, I made another graph.

Reasons that I shouldn’t drink To be honest, when I read these, it does make me wonder why I even bother drinking. Especially enough to cause hangovers. I could probably spend my time and money better – cos really, what do you really miss out on when it comes down to it?

And so comes the final questions; Could I stop drinking for a whole year? (probs not). Are there enough benefits for it to be worth trying? (yea probably). Why is non-alcoholic beer so bloody average tasting?! (*sigh*)

So I have a plan going forward.

There’s only one way to find out, but in a way that’s actually realistic… Extend my Dry January another month at a time (but maybe not cold turkey) to see how I deal with cutting down to a minimum amount of booze.

Let’s test out if I, a young professional kiwi woman (who is chronically ill and on pretty strong medication), really need to drink so much? I’ll let you know.

New rules: One drink allowed per week during February (choose wisely young Charlie). And reassess at the end of the month.

To alcohol! The cause of, and solution to, all of life’s problems.